Jayanta Guha, Widely known as Joy Guha (India) for his observational and candid style of photography and documentary film, started his career as a Print Journalist 22 years ago and took a great interest in Theater and Film studies. Highly inspired by Buddhism and Quantum Physics, Joy says 'I live with moments in the world of Being and Nothingness.I dont belong to any religion, belief, community or activism, I am just an observer in the river of life and capturing those moments is the only action within my mind.' Joy has continued his project, for the past two years.Currently, he is also getting ready for his new documentary film on the life around a river .

"Bizz
the data is always the same, enter quietly, thanks in advance"

"Need a link to the site to see what the issue is." 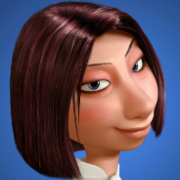 "Yes it will only work with youtube etc and not uploaded videos. The reason is that uploaded videos are resampled down by Ning to a certain size so when you try to make them bigger they loose quality." "Not this code as all the class names and layout of N3 are different than 2, it could probably be re-written to fit 2. I don't own a 2 anymore so not wrote it for 2 as not able to test it." 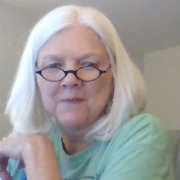 NC for Hire
"So happy to see this, long awaited on the view counter. Thanks!" "Ana you read my answer wrong.
Videos from youtube, vimeo our social channels etc DO NOT take up room on our storage as they are streaming services from somewhere else as the videos are hosted there. These are not downsized and the videos can be…"

"Yes, but if you pay $20 a month for videos and extra things and then Videos don't work like other sites you get a little discouraged.
Video is actually pulled from youtube, or vimeo etc it is their embed code, it places no strain on ning or your…"

"No  the photos code will not work. I can resize the video uploads but they loose quality as when you up-load them Ning converts them and also their size,it's because there is a 100mb limit file size for each video, so when you try to make them…"

"I thought I could, originally. But it is much more simplier if you use membership roles."