Twitter is permanently retiring the Twitter API v1.0 sometime later this month and, to the end user, what it means is that all the existing Atom and RSS feeds of Twitter will stop working once the old API is turned off. With API v1.1, Twitter has completely switched from XML to JSON format and the other big change is that all requests to the Twitter API must now be authenticated with OAuth.

In simple English, you can no longer subscribe to any of the Twitter streams – be it search results, timelines of users, their favorites or even Twitter Lists – in your RSS Reader.

What we really need is some sort of a parsing program sitting between Twitter and our RSS Reader. The parser would fetch updates from Twitter at regular intervals and convert them from JSON to RSS which we can then subscribe in our favorite RSS Reader.

This can be easily accomplished with a simple Google Script but before getting your hands dirty, try any of the following RSS feeds. These feeds use the new Twitter API v1.1 and are served from the Google cloud.

Since the Twitter API now requires authentication for all requests, we will have to create a new Twitter App that our Google Script will use to communicate with the Twitter API.

That’s it. You can now generate custom RSS feeds for any Twitter Timeline, List or Search Results by simply change the value of “q” parameter in the feed’s URL. As always, you are free to use, modify and distribute the source code with attribution. 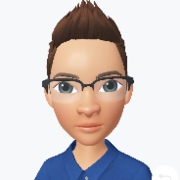 "When did that happen?"

"with error 500 everything was destroyed, the forms disappeared even in the member page, I laugh,…"

"Check out Barbara's profile on my Wordpress Site.
She used full CSS to design it.…"

"That was the first thing I did and even on there it was gone."

"I am not sure that Ning is a very stable platform at all.  My wordpress site has never deleted any…"

"with 3.0 all our passions end for us who have been working on css for years, the only consolation…"

"Looks like Ning will not resolve this and has told me the problem is on my end.  Knowing that I…"
More…
Loading ...